Clear skies ahead for EURJPY

EURJPY is entering an area of little resistance to its upward momentum, according to David Sneddon and his team at Credit Suisse in London.

Sneddon points out that EURJPY has surged higher over the past few days, in line with the breakout in German bond yields, and is now above the 140.00/03 high posted earlier this
year (see Chart). He thinks this will trigger a move to the next major resistance area at 141.06/17, above which there is a lack of notable resistance until the 2014 breakdown point at 144.96/145.00. 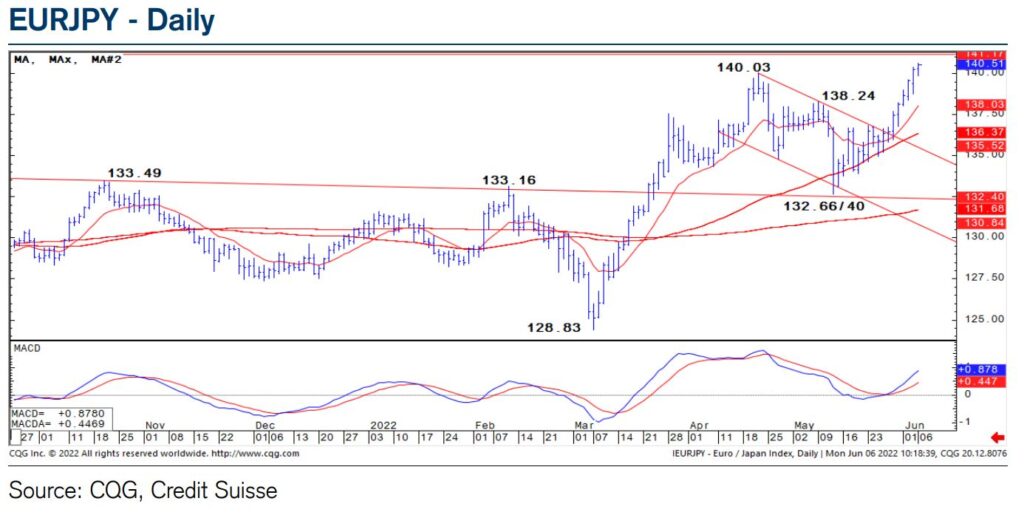