Davis says a descending channel pattern has defined the downtrend in USD/CNH since April 2021 (see Chart). However, the recent rejection of the 6.3000 area points to an erosion in bearish momentum as prices have failed to return below the mid-point of the channel. Furthermore, the subsequent rally has just pierced the descending channel top at 6.3939 (on 19 April).

If the channel breakout is valid, then Davis says pullbacks to support at 6.3939 and 6.3703 should now attract buying interest, though a daily close below the recent low at 6.3452 would dent the bullish backdrop. 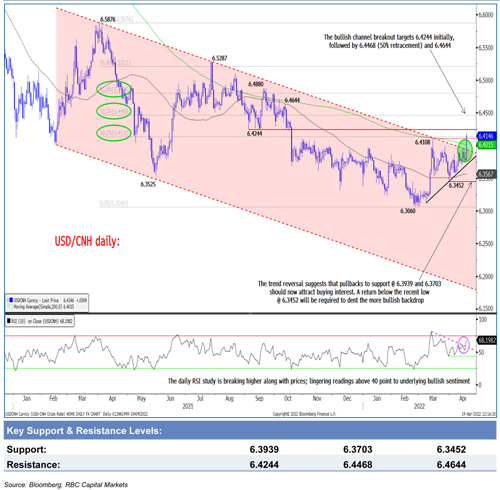