The US consumer is yet to show signs of cracking despite mounting cases of Covid-19, says Sejul Gokal, Chief Technical Strategist at GO-TechniKAL Insight.

The Discretionary Sector (S5COND) outperformed the other sectors yesterday (7 July), reinforcing its poll position on a quarterly basis and building on its triangle breakout from late last week (Chart 1). Gokal says vaccine hopes are playing a role in the continuation higher for consumer spending, which accounts for more than two-thirds of economic activity. The US giant Pfizer’s vaccine candidate was well tolerated in early-stage human trials, lifting hotel, cruise and even airline stocks, though mega-caps like Amazon also continue to drive the sector upwards.

Gokal stresses the triangle breakout is a continuation pattern, which suggests the market will extend higher after a short period of consolidation. This view is cemented by the steepening disparity between the Discretionary and Staples sectors, where the relative chart has rocketed to new all-time highs (Chart 2). 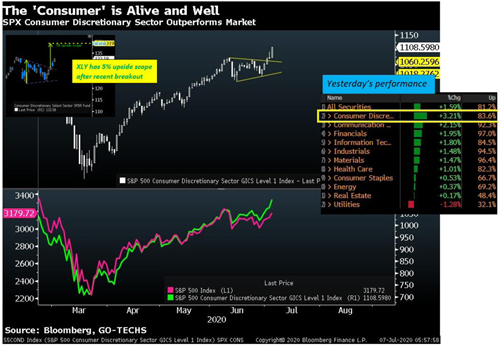 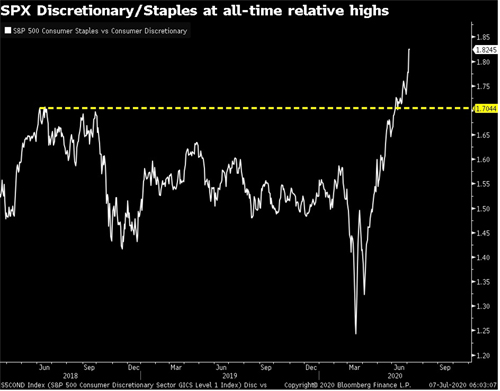