In the top pane of his relative strength Chart, Davis shows how Latin American currencies (LACI) are continuing to underperform the equivalent Asian emerging market FX index (ADXY) and that the bullish trend between the US Dollar Index (DXY) and LACI also remains intact (lower pane).

The bullish trend between DXY and ADXY, however, is being tested on the back of Asian currency strength (middle pane). As such, Davis’s key message is a preference for Asian emerging market currencies over Latin American ones, and possibly over the USD. 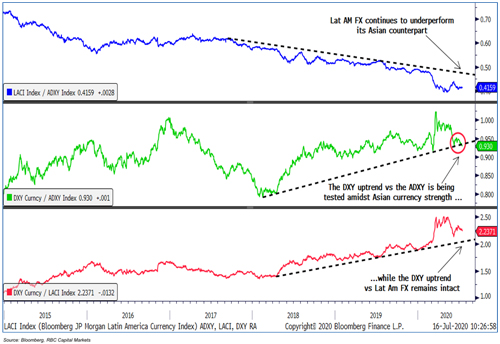