Gokal says that although a buy signal was given when the S&P future (ES1) closed above 3088, caution is needed because the market has been oscillating sharply between risk-on and risk-off since the COVID-19 pandemic hit. His MACD analysis shows how fickle and binary sentiment has become, resulting in a record number of buy and sell signals among the constituents of the S&P 500 over the last three months (Chart 1).

These numerous buy and sell MACD signals are not necessarily direct signals to buy or sell the underlying but rather, according to Gokal, show how the market has become disloyal and indiscriminate in terms of what is bought and sold during risk-on and off periods, and that stock-picking strategies have been cast aside (Chart 2).

Overall, Gokal thinks being long the S&P still makes sense provided it is accompanied with tight risks on the way up. However, despite the flood of money pumped into the system, with M2 money supply jumping 18% since late February, he says being aggressively long makes little sense given current market conditions — bulls risk being particularly hard hit as the S&P grapples with 3260-3328 resistance. 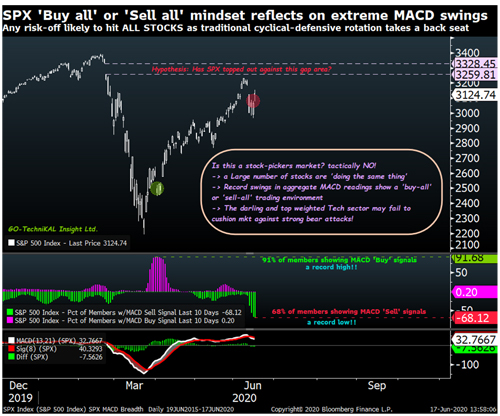 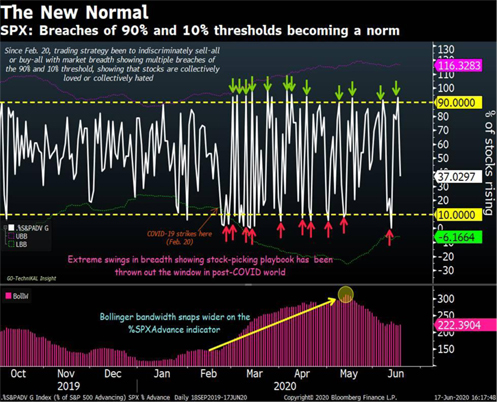