Despite the rally stalling in the last few sessions and DeMark sell signals appearing on the charts, clear candlestick reversals signals have not yet appeared for Cable, according to Andy Dodd, Head of Technical Research at Louis Capital Markets.

Instead, Dodd sees some bullish potential and points to two signals: i) GBPUSD left a bullish flag on the recent break above the trend channel (in yellow) and that pattern has a measured target of 1.3834 (Daily Chart), and ii) GBPUSD closed above the 200-week moving average (blue line) last week (Weekly Chart).

However, despite seeing further scope for upside, Dodd stresses that today’s general election result will be more important than any technical levels. 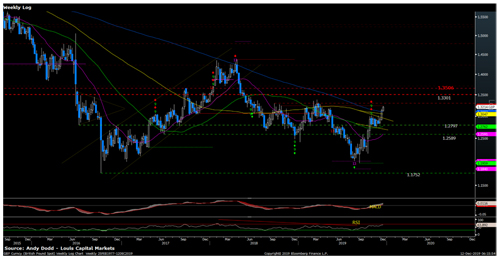