US stock market sentiment shows a high degree of bullish optimism and several signals suggest the market is heavily overbought, indicating a significant probability of a price pull-back for the short-term, according to Robert Colby, Chief Investment Strategist at Robert W. Colby Asset Management.

Colby points to sentiment indicators like the CNN Money Fear & Greed Index which jumped to an extremely overbought 91 last week, its highest level in more than 2 years (see Chart 1). Moreover, corporate insiders (officers, directors, and major stockholders) have been selling stocks of their own companies at the fastest pace in two decades (see Chart 2), which suggests the market is at its most overbought level since the dotcom bubble top in 2000. He recalls what happened the last three times the S&P 500 index rose to a new high:

Although overbought for the short-term, Colby stresses the S&P 500 remains systematically bullish for the long term, because price is above both the rising 50-day and the rising 200-day Simple Moving Averages (SMA), and the 50-day SMA is above the 200-day SMA. Though he says to keep in mind that trend following using moving averages always lags at price turning points. 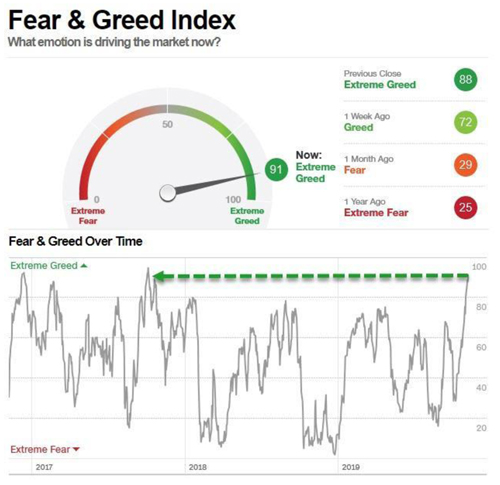 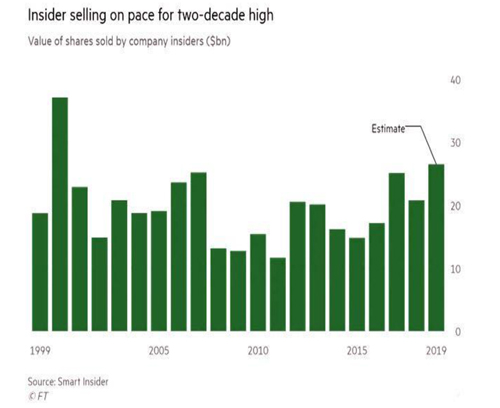