The S&P 500 is hovering around the record 3000 level and a break below here risks a move back down to 2351, according to Ron William, director at RW Advisory.

Looking at a Chart of the S&P 500, William says the 3000 level is important because i) it is a key psychological level and ii) because it is the two-year mean. Short-term, he thinks the Index may rise to 3200, which is +1 standard deviation from current levels, but William believes the market could just as easily head downwards. A break below 3000 would open up the 2770/2730 zone, which is the one-year mean and -1 standard deviation from current levels. Below this zone, William says the risk would be skewed to the downside as the market would be drawn to the Q4 2018 spike low at 2351. 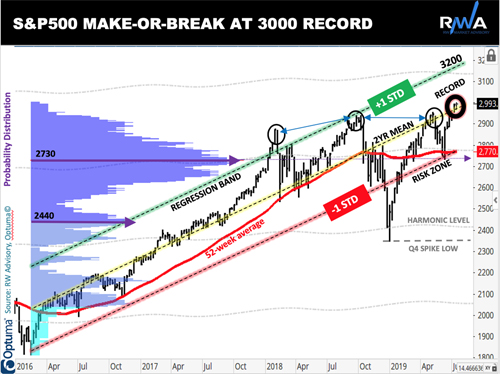