Whilst the FTSE 100 rally has stalled recently, Andy Dodd, Head of Technical Research at Louis Capital Markets, expects it to resume once the market pulls back to near 6927.

The support level at 6927 comes from the neckline of a bullish reversal pattern (see Chart), which was originally breached on 2 February. Dodd thinks the FTSE 100 will retest the neckline before going on to target the 200-day moving average at around 7297, which is also the measured target of the chart pattern. As such, he thinks a pullback to the area around 6927 will present a good buying opportunity. 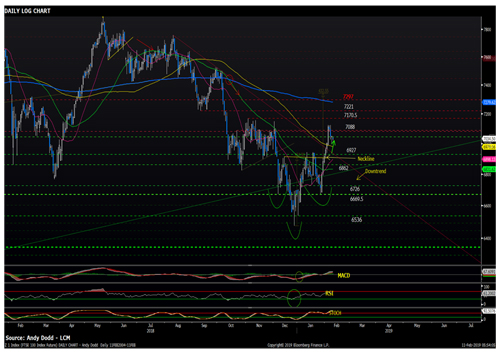