Dodd says the EURO STOXX Banks Index (SX7E) confirmed a bullish reversal pattern on a break of its neckline on 16 January, giving a measured target of 101.48 (see Chart). He says the move invalidated a medium term downtrend dating back to the September high.

Following Friday’s break above resistance at 94.86, which is now support, Dodd thinks there is plenty of scope for further upside towards the 101.48 target. 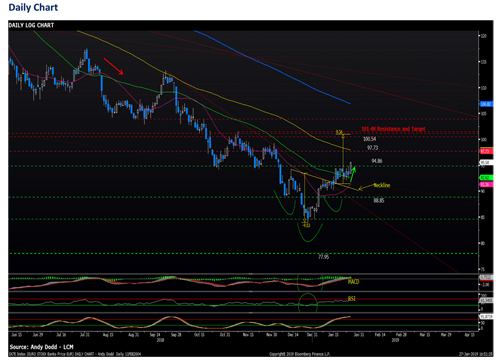