Short-term upside for US yields

US 10 Year Yields have reached the measured target of a double top pattern and look set to rally in the short-term, according to Andy Dodd, Head of Technical Research at Louis Capital Markets.

The market reached the measured target of 2.85% this week and the rally from that area has left a bullish candlestick (Chart 1). Dodd says this suggest more upside in the short-term.

He warns, however, that the 10 Year Yield remains in a longer-term downtrend which dates back to 1981 and that that any move higher will likely be short-lived (see Chart 2). 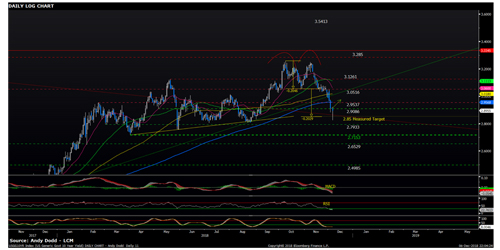 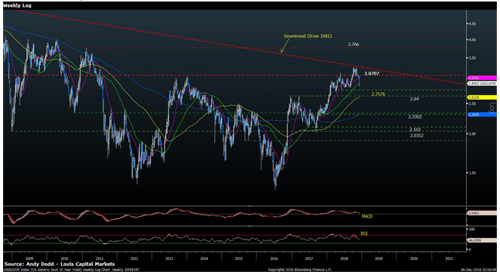