A bullish short-term pattern with a target of 2,760 has been confirmed for the S&P 500 (see Chart 1), according to Frank Cappelleri, Chief Market Technician at Instinet.

Cappelleri warns that this bullish signal has occurred against the backdrop of a longer-term bearish pattern which has not yet been triggered (see Chart 2). However, he says a positive divergence between price and RSI (i.e. the S&P has been making new lows while the RSI has been make a series of higher lows) suggests this bullish long-term pattern may not be confirmed anytime soon (see Chart 3). 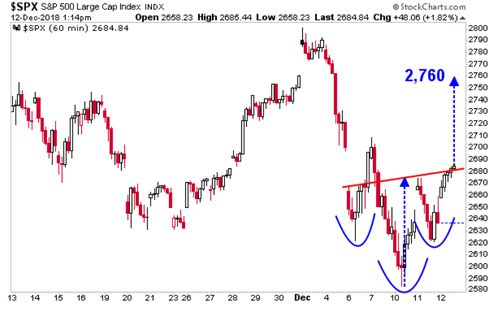 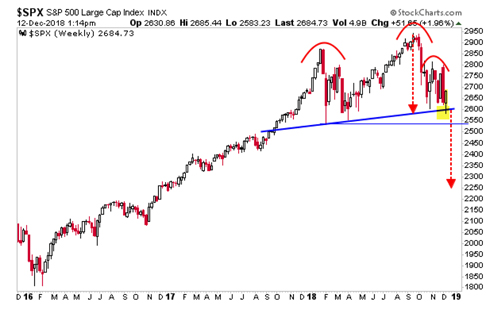 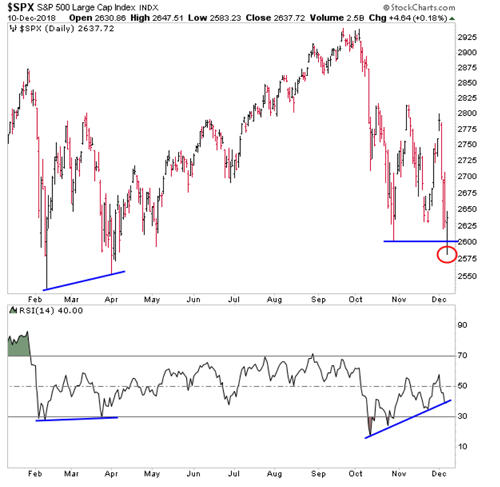