James Dima, technical analyst at Marex Spectron, compares today’s crude market with that of 2012 and finds good reason to think a significant recovery will unfold.

In Chart 2 of F19 WTI, Dima notes the similarity of the current market to 2012: A significant selloff has resulted in the RSI (middle pane) being distressed for an extended period of 21 days (compared to 28 days for 2012). He also notes how a positive MACD crossover (lower pane) for F19 WTI was confirmed yesterday (3/12/18), thus triggering a bullish signal. 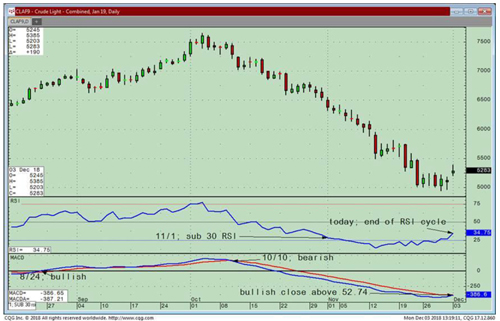