The recent completion of a head-and-shoulders pattern on the DAX gives a medium- to long-term target of 9790 on the weekly chart (Chart 1), according to Andy Dodd, Head of Technical Research at Louis Capital Markets.

Dodd says a retest of the neckline left an imperfect Shooting Star candlestick on 1 November , which suggests the recent relief rally may have run its course (Chart 2). The retest also occurred at the 38.2% Fibonacci retracement level of the recent move lower. By themselves, however, Dodd says these signs are insufficient evidence for committing to a bearish stance in the short-term and he awaits further sell signals. 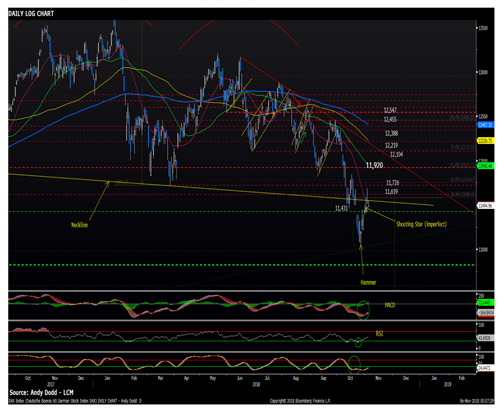