Rally expected for RBOB vs HO

A rally is imminent for the Gasoline / Heating Oil spread, according to James Dima, technical analyst at Marex Spectron.

Looking at a daily Chart of RBOB versus Heating Oil, Dima notes the RSI (lower pane) is at historic lows indicating an extreme oversold condition. He does not believe this condition will last much longer and thinks a relief rally is imminent. Dima says the last time the RSI went below 23 was in 2015 which was followed by a large upwards move in the spread (see Chart 2). 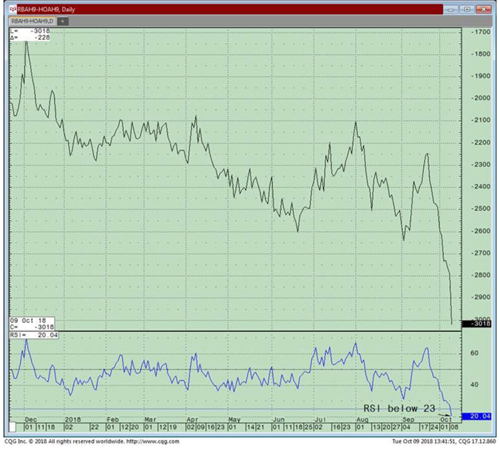 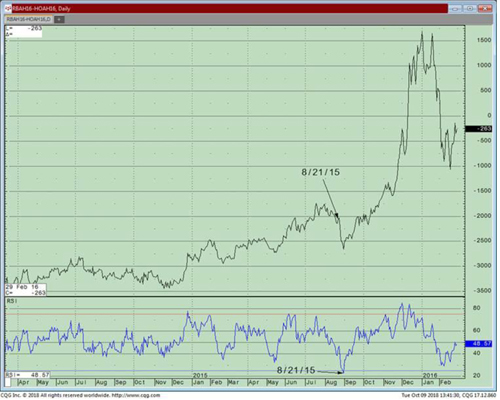