A market top in US equities may still be several months away, according to a study by Ari Wald, Technical Analyst at Oppenheimer.

Wald has looked at cycle tops (which he defines as any peak in the S&P 500 that is followed by an 18-month low) and found that a peak in market breadth typically leads a peak in the S&P 500 by several months. Out of the 15 tops identified since 1950, he has found that the NYSE Advance-Decline line (his chosen measure of internal breadth) peaked before the S&P 500 on 12 occasions, by between four and 27 months on 12 occasions (see Chart 1 and Chart 2). Interestingly, Wald says the declines were less severe (< 20%) when the Advance-Decline line did not provide at least four months warning.

As such, Wald reminds us that tops take time and the necessary duration to mark a bearish divergence in participation has not been reached; the last top in the S&P 500 was also confirmed by a top in the Advance-Decline line (see Chart 3). He says the level of participation in the next rally should be telling. 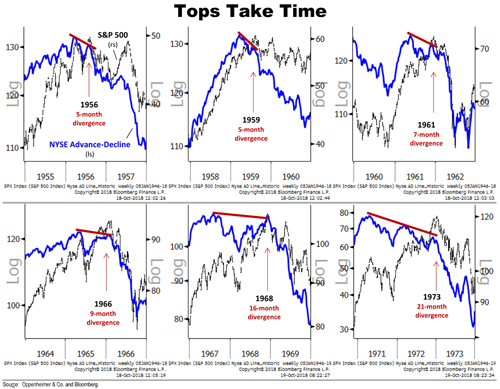 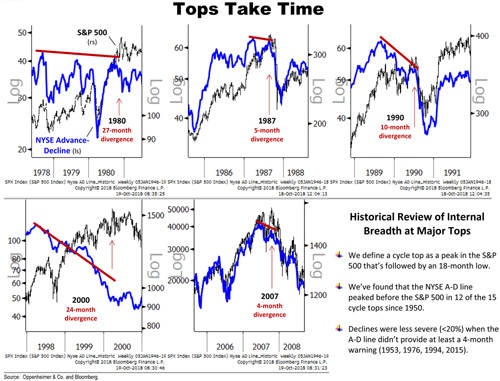 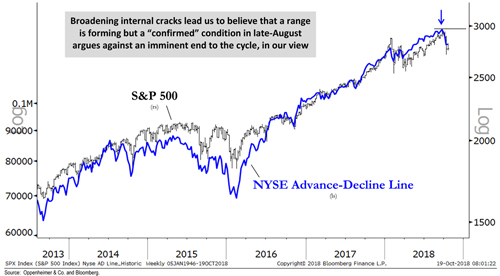