A break below key support would leave a long-term top in place for the STOXX Europe 600 (SXXP), according to Andy Dodd, Head of Technical Research at Louis Capital Markets.

Dodd says a closing break below 362.04 on the monthly chart would leave a top pattern (see Chart 1). This comes after the SXXP has rejected a break above key resistance at 407.56 on several occasions, with the last two attempts leaving a bearish engulfing candles on the weekly chart (see Chart 2). As such, he says the closing price for Wednesday next week (31 October) will be significant.

Shorter-term, Dodd says the daily chart paints a similarly bearish picture as the move lower from the short-term downtrend closed below a longer-term uptrend yesterday (23 October), (see Chart 3). He points out that the oscillators are starting to look a little oversold in the short-term but that this gives him no reason as yet to change his overall view. 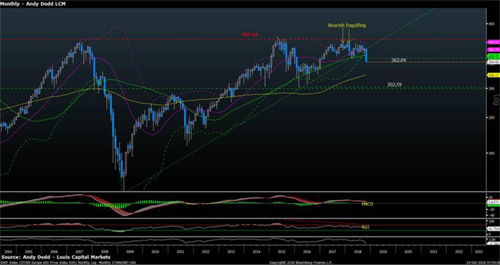 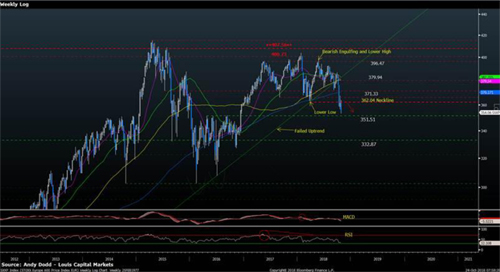 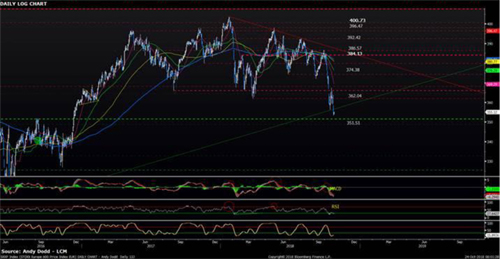