A large move is imminent for Coffee, according to James Dima, technical analyst at Marex Spectron.

Looking at a chart of July 2018 Coffee (N18), Dima notes how the Bollinger Band Difference indicator (BDIF) – a measure of Bollinger Band width – is at an extreme low (see bottom pane, Chart 1). He says such a compressed trading range is usually a signal that a large move is pending. A similar signal occurred in August 2002 and within two and a half months the market rallied 54% (see continuation Chart 2).

Dima says one way to trade an expectation of a large move would be to buy an at the money straddle, in order to take advantage of an anticipated rise in delta. 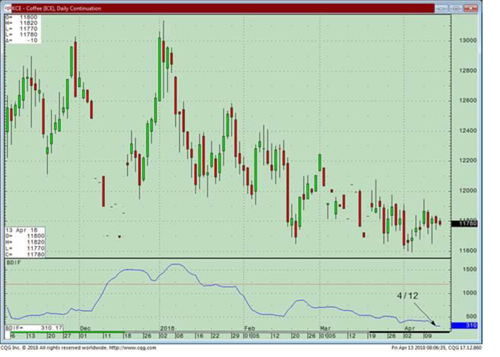 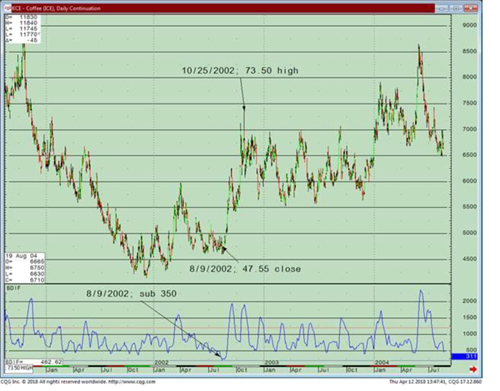