The S&P 500 has remained directionless over the last fortnight, but measures of sentiment and selling intensity suggest a more optimistic outlook, according to Ari Wald, Technical Analyst at Oppenheimer.

1) Selling is becoming ‘less bad’, i.e. for the Russell 3000, there were fewer net new lows for the March bottom versus February’s bottom (see Chart 1, lower pane).

2)The 10-day Put/Call ratio is at its lowest level since November 2016, suggesting high levels of pessimism; usually a contrarian indicator coinciding with market lows (see Chart 2).

Overall, Wald thinks the S&P 500’s 10% decline since January has created favourable conditions for investors with a longer-term focus. However, he says it is important that the index defends the 200-day moving average in the meantime, currently at around 2,550. A rally above 2,700 would then confirm a stronger trading environment. 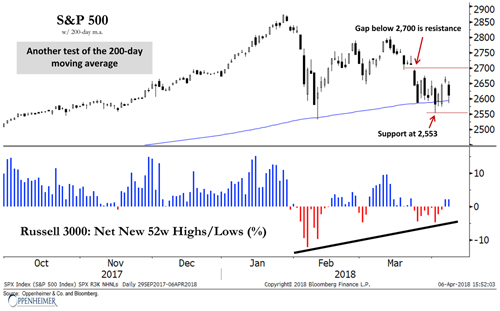 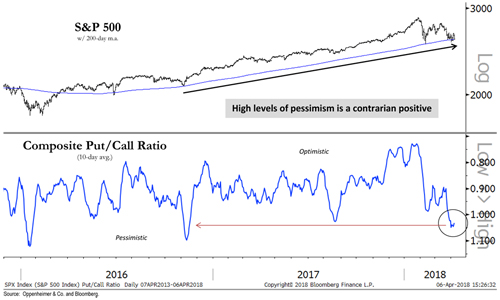