The S&P 500 is due another bull year, according to an analysis by Ari Wald, Technical Analyst at Oppenheimer.

If above-average valuations lead to below-average forward returns, he postulates that the final return through this cycle may be closer to the median (77%) rather than the average (107%). More importantly, however, Wald says that above-average valuations are unlikely to alter the typical cycle duration which is in the 33 to 35 month range. As such, he says another year of gains is his base case road map until market top signals develop. 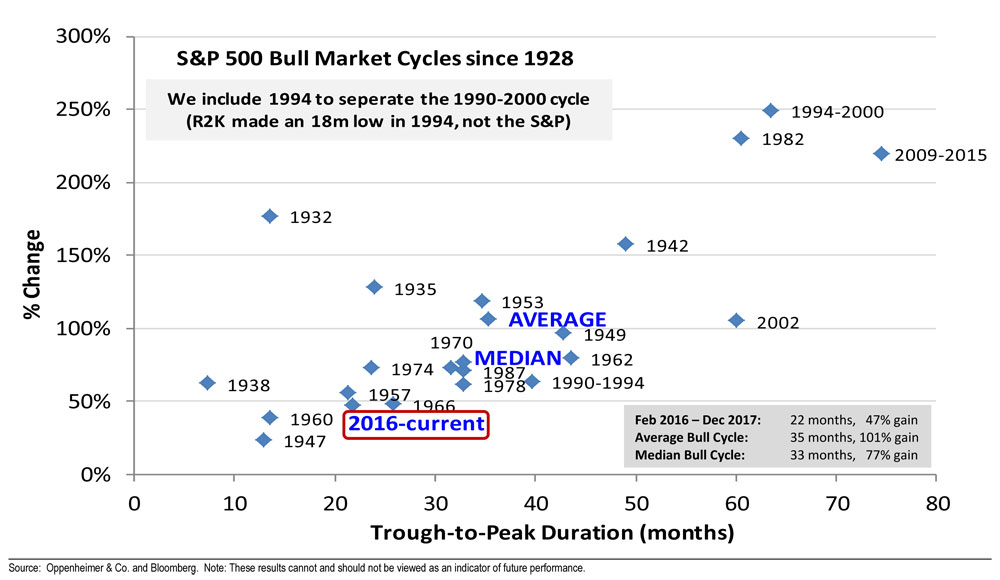