S&P: December stronger in an uptrend

December is typically one of the best performing months of the year for the S&P 500 and gains are even stronger when the index starts the month in an uptrend, according to analysis by Ari Wald, Technical Analyst at Oppenheimer. 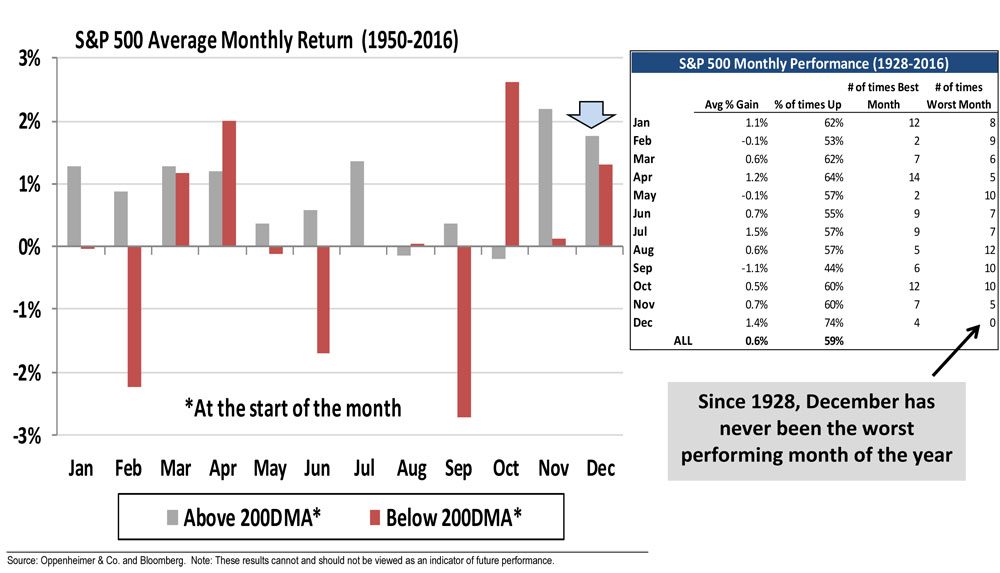