Looking at a Chart of January 2018 Brent Crude, Dima points out that several mean reverting signals were confirmed yesterday. These include i) a key reversal day candlestick (i.e. a new high followed by a lower close), similar to one on 26 September that preceeded a $2 selloff), ii) a move back below the upper Bollinger Band and iii) a bearish RSI close below 70. 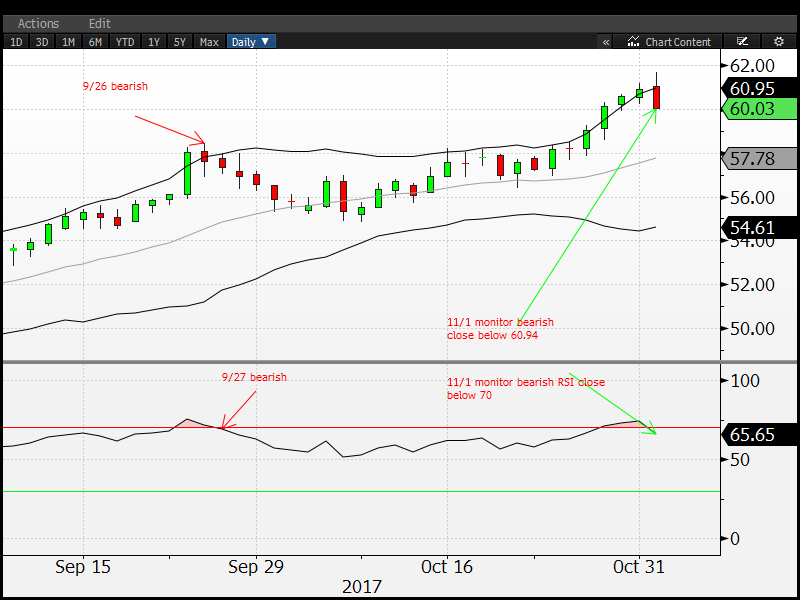