Natural gas may be about to embark on a multi-month bull market, says James Dima, technical analyst at Marex Spectron.

Dimas says to monitor for a bullish crossover of the 20 day moving average (red line) above the 50 day moving average (blue line) on the Chart of December 2017 Natural Gas. He says such a signal has been quite effective in predicting bull markets that tend to run for two to three months. 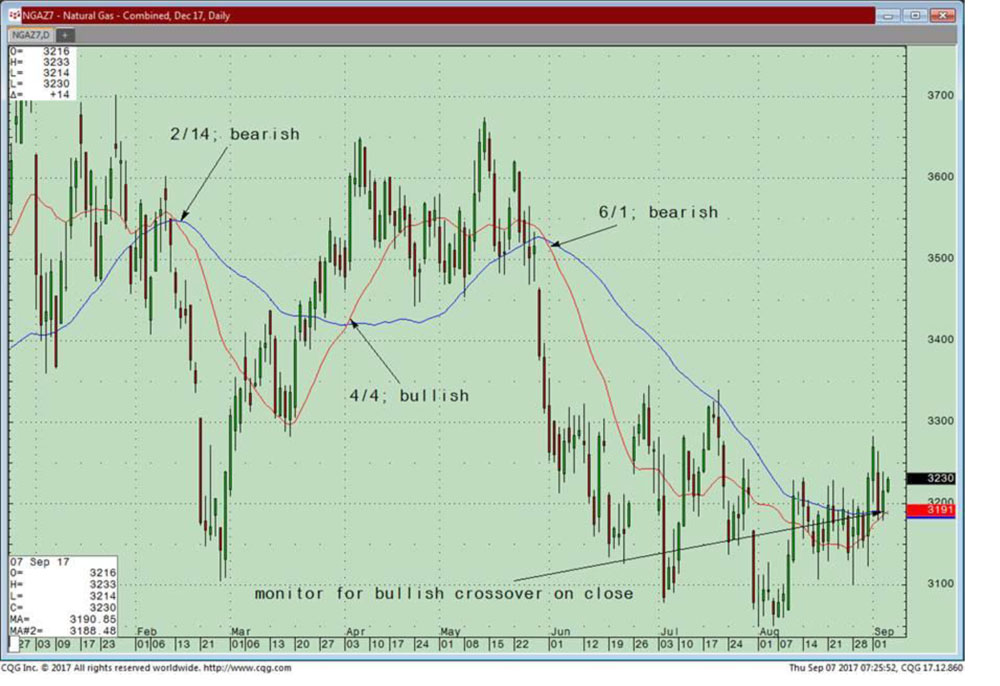