EURUSD has gone beyond key resistance at 1.2000 to reach its target at 1.2042, but fresh selling warns the trend has become a little overextended in the short-term, according to David Sneddon and his team at Credit Suisse in London.

Sneddon says that after the strong rally that took it past the August high at 1.1911 and removed psychological resistance at 1.2000, EURUSD briefly extended to reach its next target at 1.2042 (the 2012 low). However, he warns that fresh selling ahead of resistance at 1.2078 is a warning the trend is overstretched in the near-term. 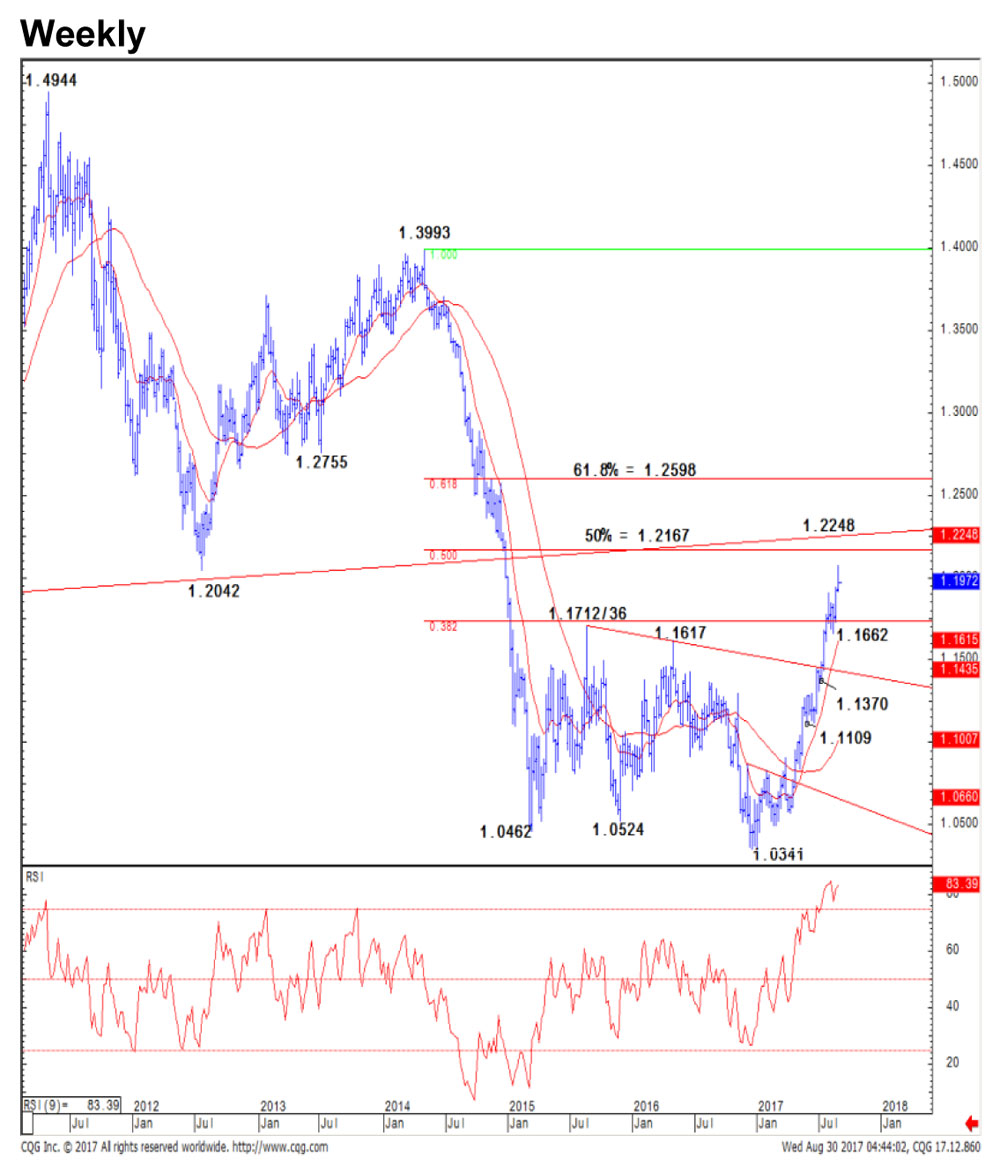